This guide highlights free resources on the web for locating federal and Washington state court opinions and briefs. 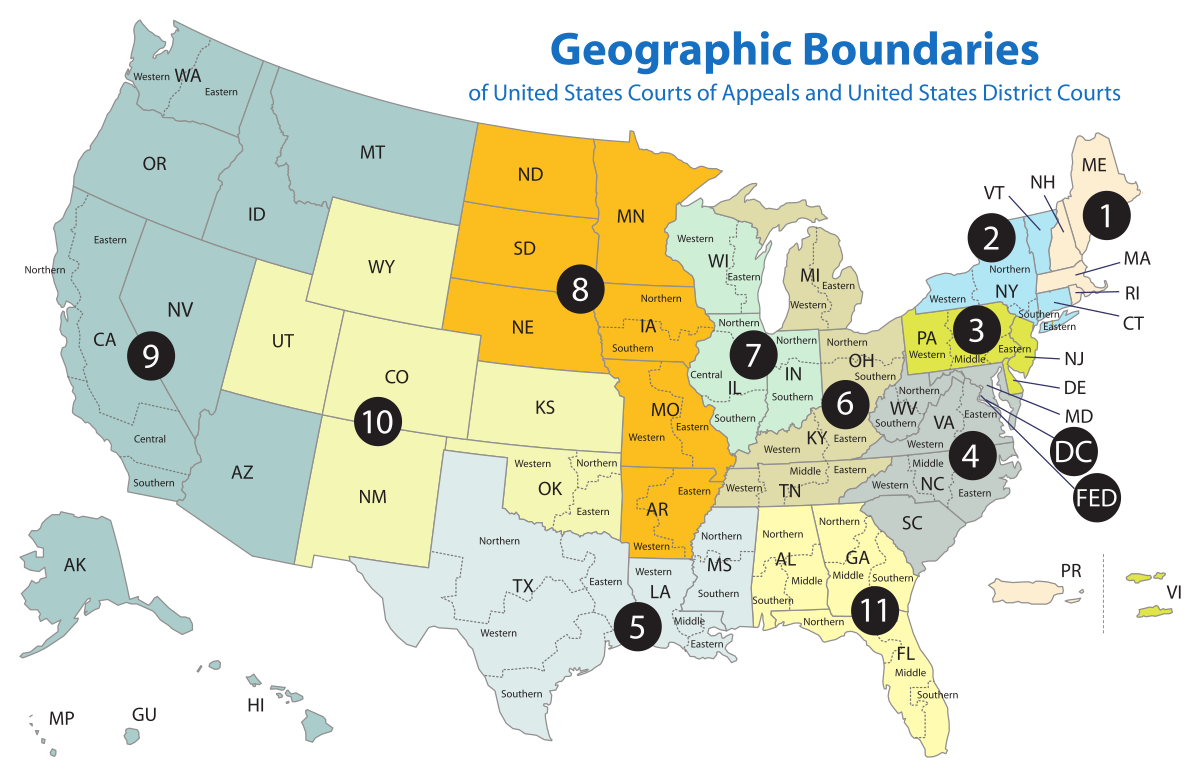 "The United States district courts are the trial courts of the federal court system. Within limits set by Congress and the Constitution, the district courts have jurisdiction to hear nearly all categories of federal cases, including both civil and criminal matters." -- from "About the U.S. District Courts", United States Courts website (see below).

To visit a respective court's homepage, use the Court Locator tool link below: