1. Lexis + presents Shepard's in a way very similar to KeyCite on Westlaw Edge and BCite on Bloomberg Law.  Under the Appellate History link, Samara Bros. has prior history. 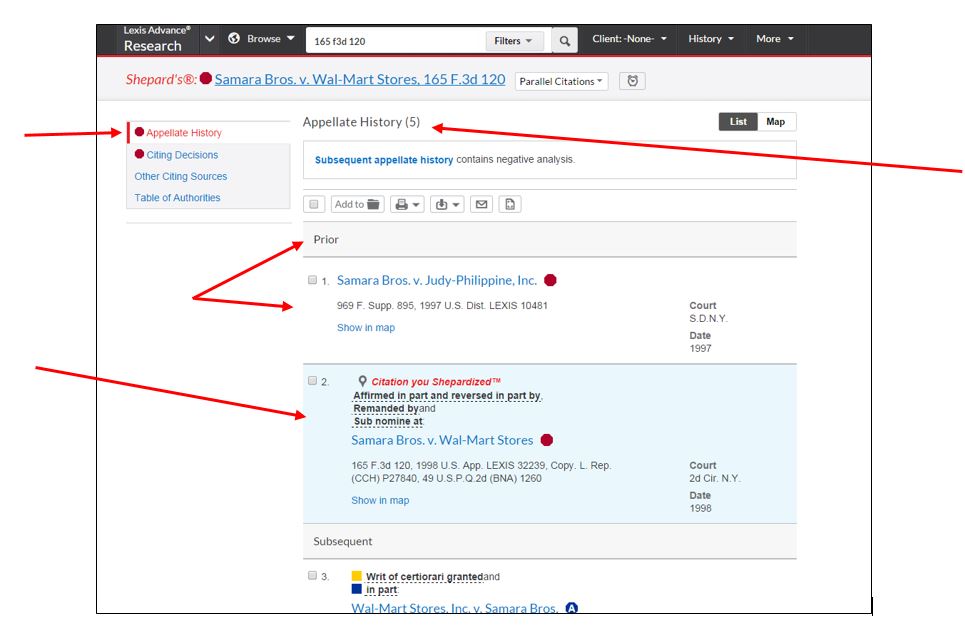 History and treatment for a case are found in the box to the right of the case. On Shepard's on Lexis +, the red stop sign means that the case is no longer good law for at least one of the points of law it contains.

Samara Bros. has PRIOR HISTORY with: 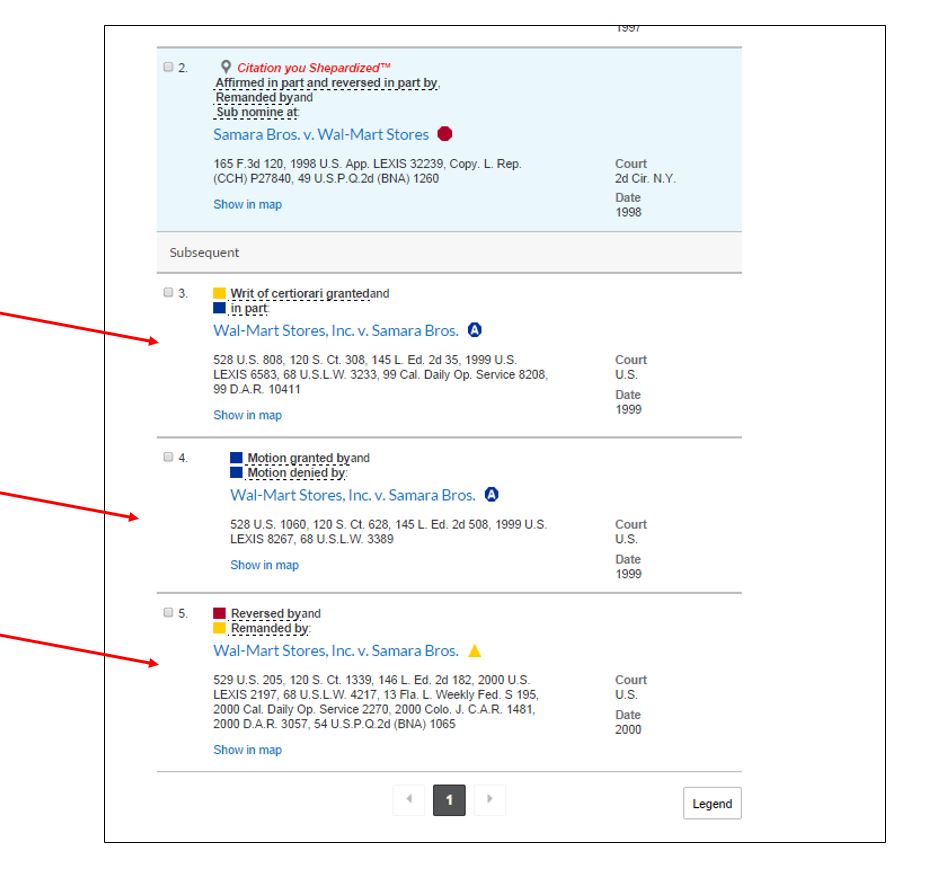 Samara Bros. also has SUBSEQUENT HISTORY in that:

3. If one clicks the Map button, you can see a graphic representation of the litigation chain of Samara Bros. It includes the prior and subsequent history of Samara Bros. 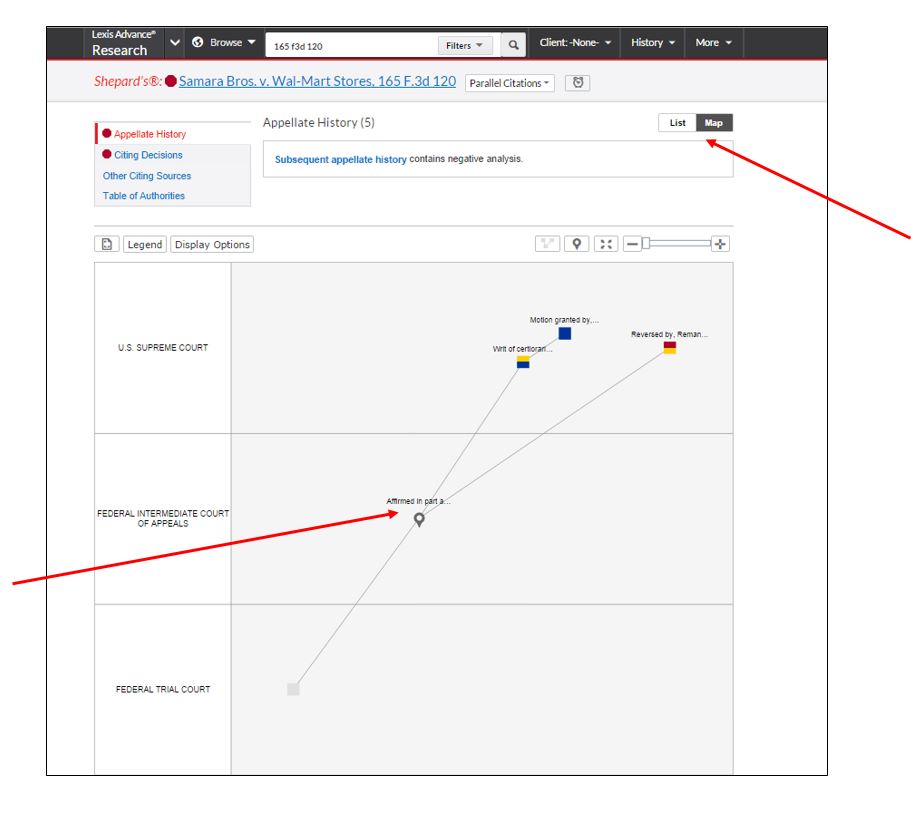 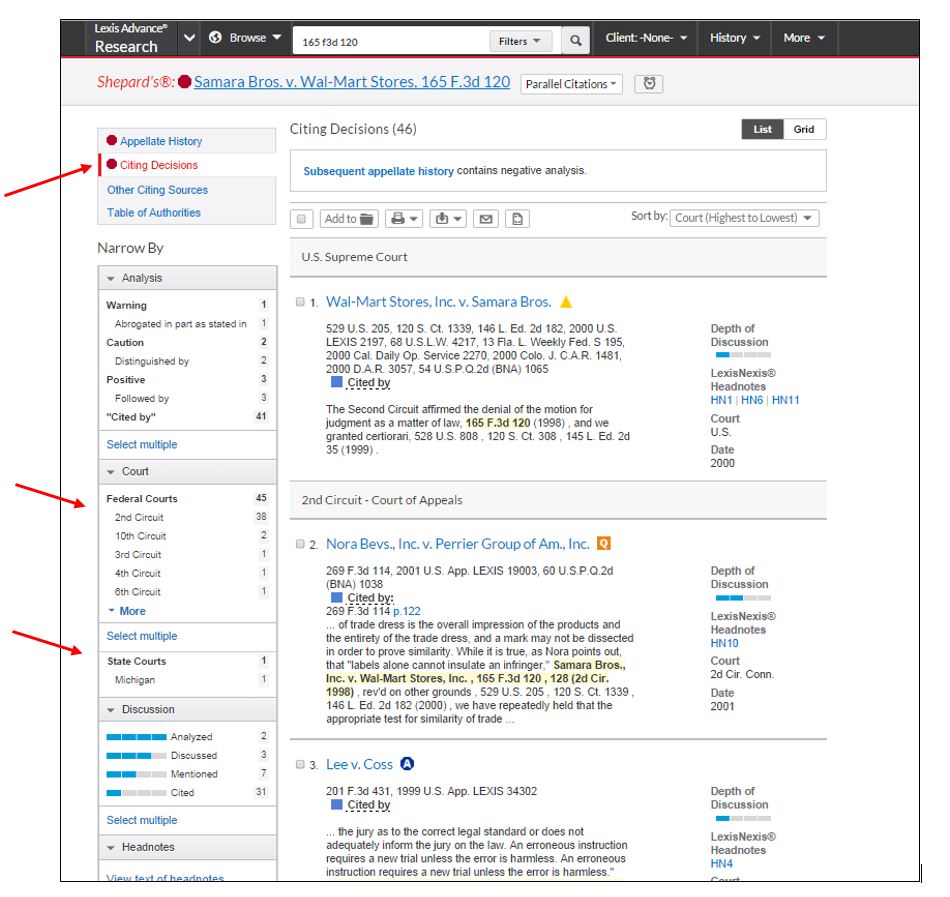 Samara Bros. has been cited in 46 cases from different jurisdictions (federal and state courts). 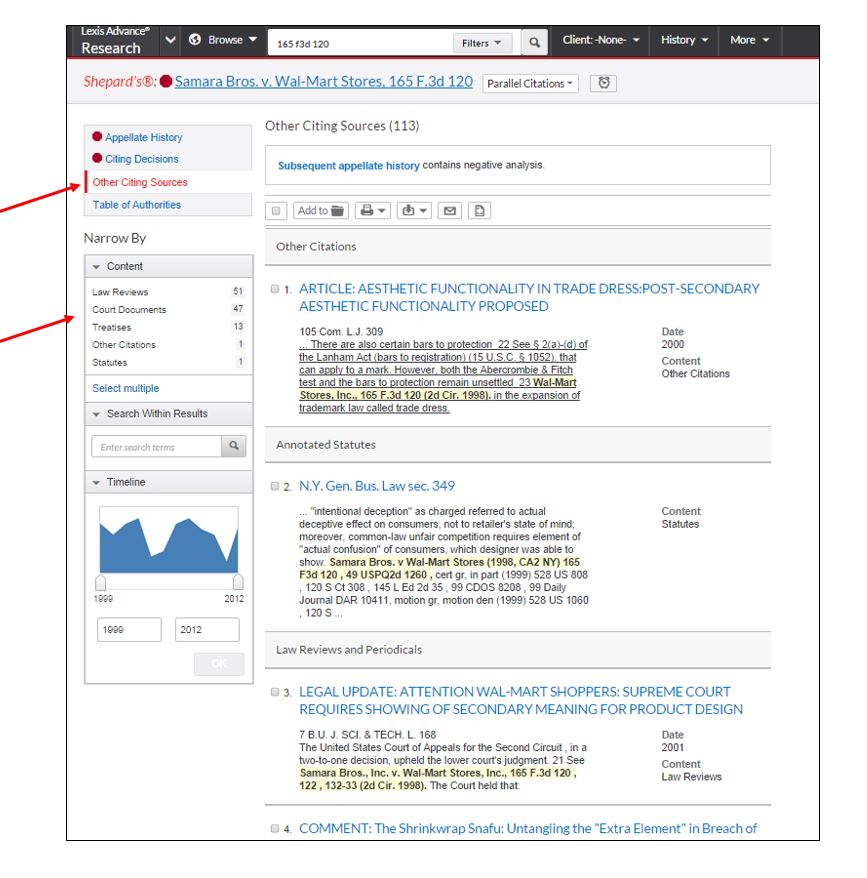 6. Continuing in Other Citiing Sources, one can narrow the various types of secondary sources. 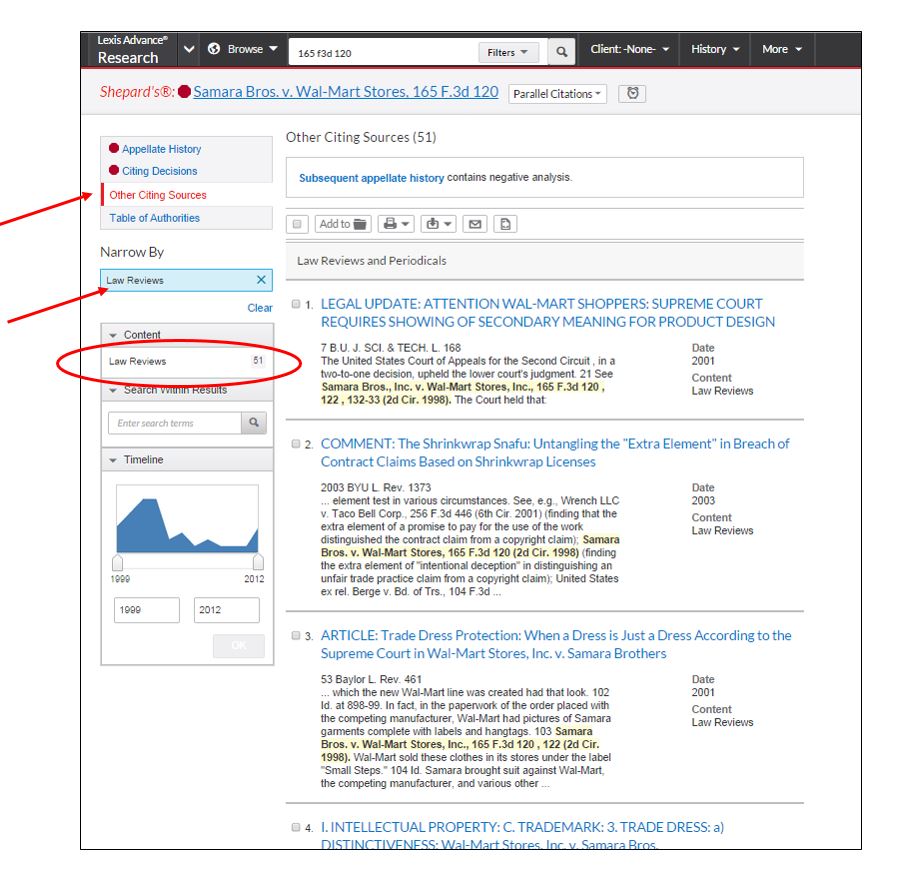 7. One can even further narrow results by a doing a keyword search. 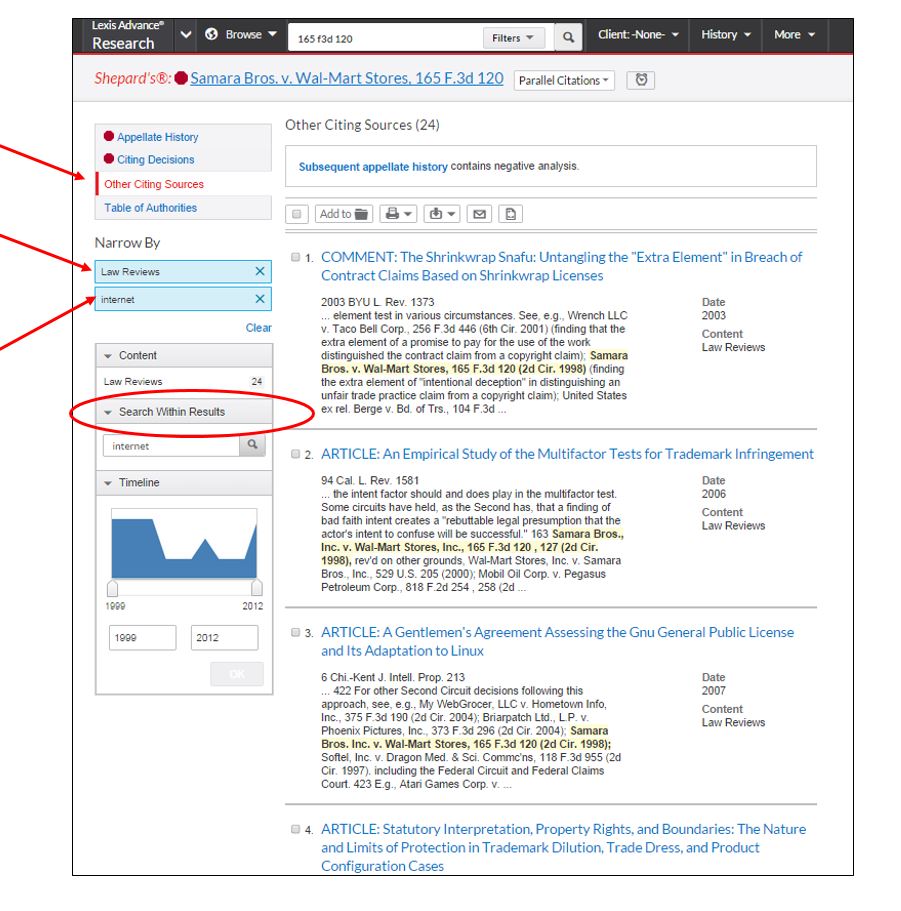 For this, we have limited my results by using the search term “Internet.” This retrieved 24 results.