1. Bloomberg Law presents BCite in a way very similar to KeyCite on Westlaw and Shepard's on Lexis Advance.  History and treatment for a case are found in the box to the right of the case. 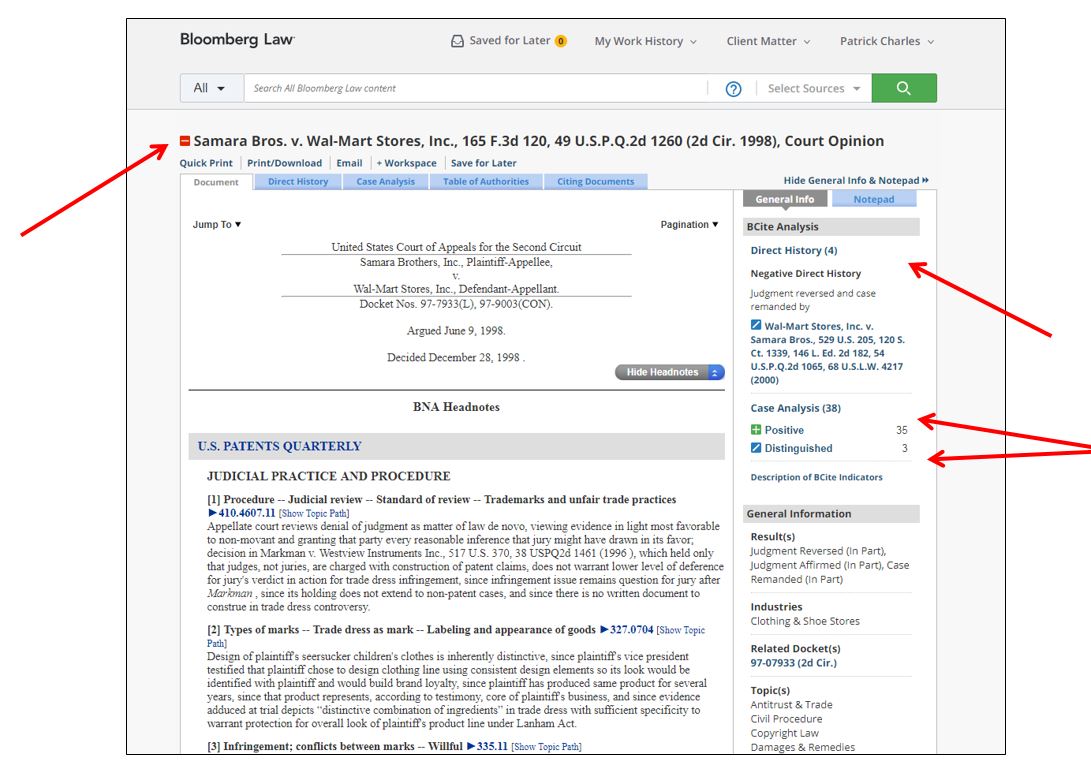 The red indicator means that the case is no longer good law for at least one of the points of law it contains.  You have to focus on the BCite Analysis section to the right.   This shows both history and treatment. 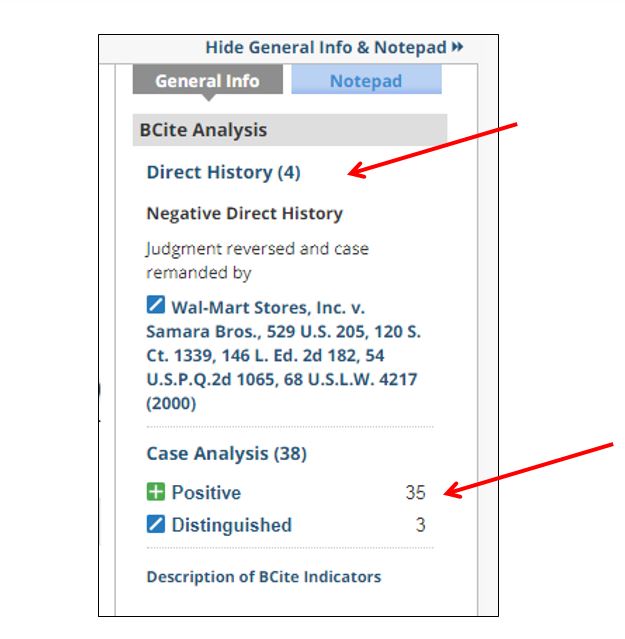 The BCite Analysis indicates that Samara Bros. has:

2. If one clicks the link to Direct History Summary, we will see the history for Samara Bros.  It lists both prior history and subsequent appellate history.  Samara Bros. is a U.S. Court of Appeals case from the Second Circuit from 1998. 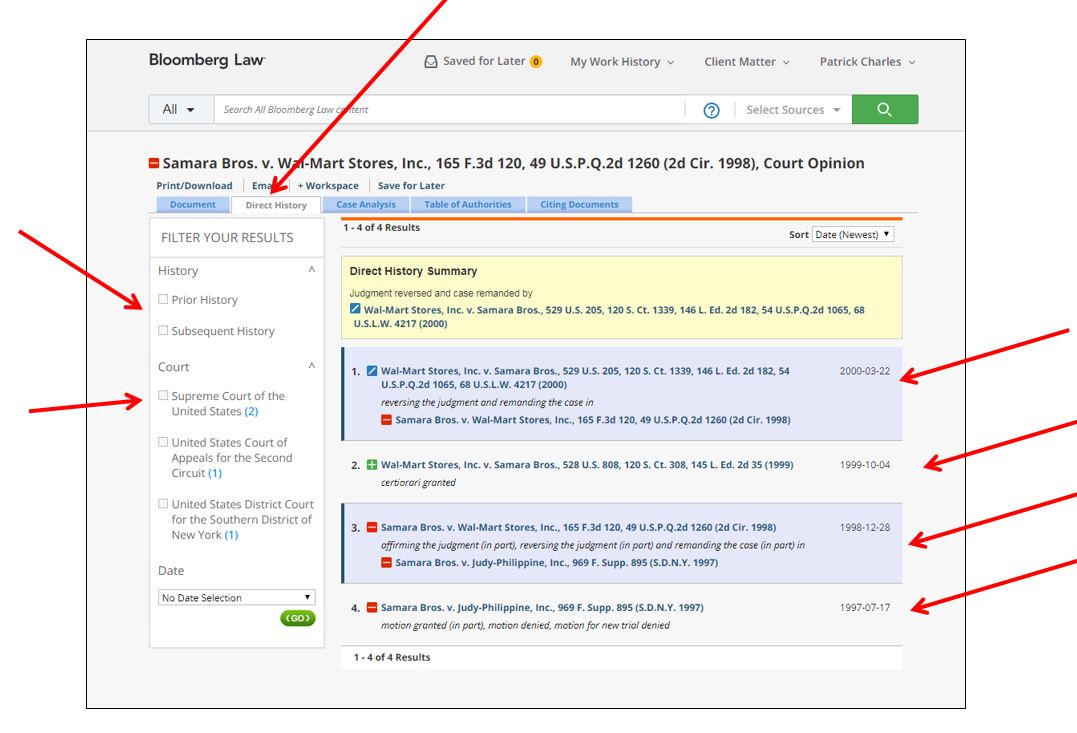 It has prior history:

It also has subsequent appellate history:

Note the BCite tabs on the top. 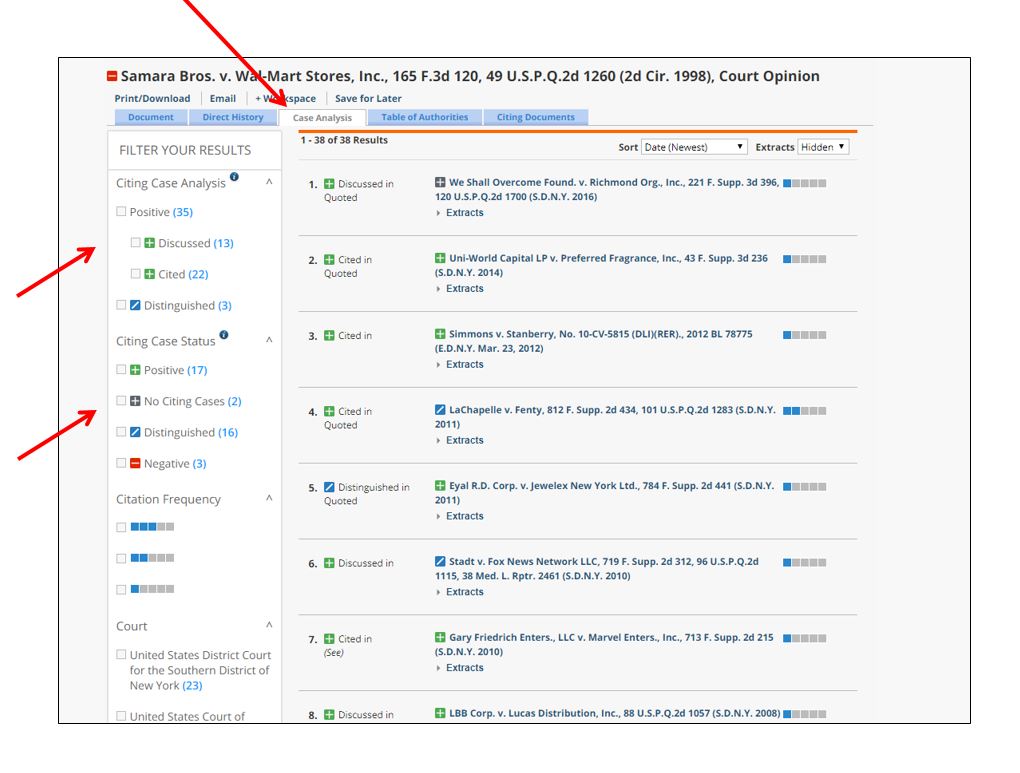 Note the Citation Frequency feature to the left.  That indicates how many times the listed case is cited; however, it is unclear what the quantitative difference is between three and five blue bullets.

4. Under the Citing Documents tab on BCite, we can see more treatment for Samara Bros. 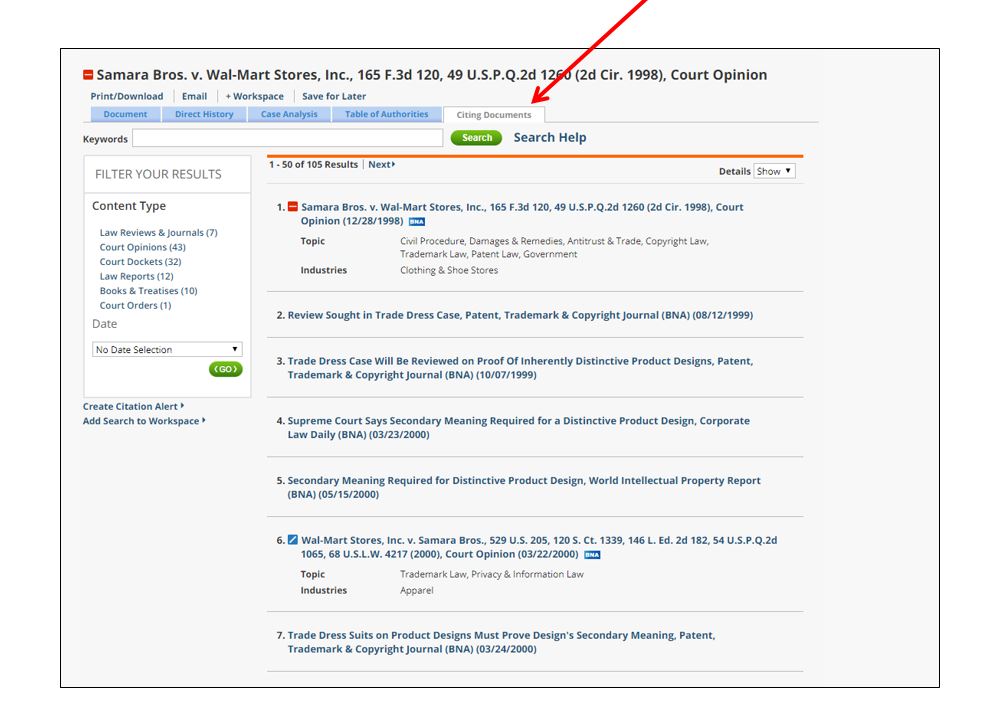